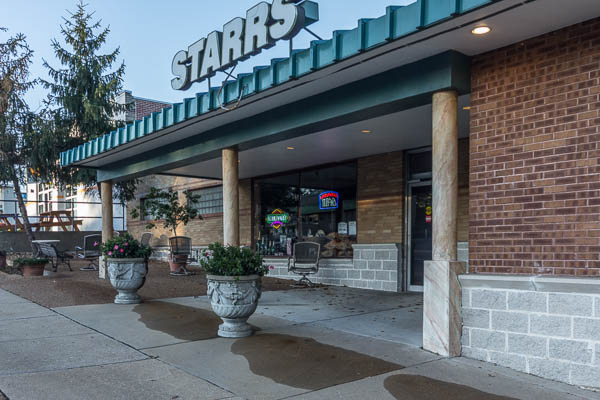 My husband and I bought our first home in Richmond Heights, MO.  Oh, we were so proud of ourselves.  We were patting ourselves on the back because we were so sure our insurance rates were going to be less because it was only one block from the fire house.  Well our first night in the home we sat bolt upright in bed when the sirens went blaring down the street.  We definitely  questioned our intelligence at that point; but, after that first night, quite frankly, we never heard the sirens again.

We absolutely loved the convenience of this neighborhood.  Even though some of the places have changed, the convenience hasn’t.  We loved to walk to The Parkmoor on Saturday mornings to read the newspaper and have breakfast.  That corner, Clayton Road and Big Bend, is now a Walgreens; however, there is a St Louis Bread Company across the street.  We did our grocery shopping at Soulard Market but Dierberg’s, Schnucks and Sam’s Club are all very close.

Richmond Heights, MO is an inner ring suburb of the St Louis Metropolitan area.  It is centrally located about 15 minutes from the downtown business district and within 10 minutes of the Clayton business district.

The story goes that Robert E. Lee happened upon the land that now makes up current-day Richmond Heights after being stationed in St. Louis with the Army Corps of Engineers before the Civil War. Lee thought the area reflected the beauty of the city of Richmond, Virginia in his home state.   And so it became “Richmond” with “Heights added later because the land was among the highest in st Louis County.  (Source:  Town Square)

There are many legends still being shared today about the 1904 St Louis World’s Fair.  This one involves the city of Richmond Heights, MO.  “The city’s legends surrounding its world’s fair housing have perpetuated one of its most colorful tales: ” The Forty Thieves,” a nickname derived for 40 houses constructed in the neighborhood east of Big Bend Boulevard.  Research indicates that many of these homes actually predate the world’s fair.  But as the story goes, local builder Walter Wilmot Reynolds gathered brick and lumber from the world’s fair and erected the Forty Thieves using the salvaged (or stolen) fair remnants.  Today, 38 of the original 40 houses survive.  Each house is identical in plan:  two stories in height, featuring (in most cases) a yellow brick facade (some are clad with stucco), and red brick rear and side exterior walls.  Other identical features include primary doors, which are located off center within the porch pay and bear a single oval light.  The doors are offset by small individual windows with decorative brickwork above them.  Reynolds’s houses may not all be constructed with world’s fair materials, yet their history is nearly as famous as the exposition itself, at least in Richmond Heights!”  (Source:  Richmond Heights, Missouri)

Private schools in the area include:

Panera Bread Company is an American chain of bakery-cafe fast caul restaurants.  It got its start in Richmond Heights MO and now has one of its eateries on Clayton Road at the corner of Big Bend.

Hanks Cheesecakes is right around the corner from Panera and their cheesecakes are a “name” in the metropolitan St Louis area.  They are a welcome dessert item on many menus.  Immediately next door to Hanks is Riverbed  – A wonderful casual dining spot for creole fare.

There are many other local stores in the immediate area:  Mega Cycles

And I love to visit with Bud at Starrs, one of my favorite spots for good cheese, coffee and wine.

The newly renovated Esquire Theater has been a favorite for years.

Richmond Heights is within 15 minutes by car of the Soulard area, STL downtown area and Cardinal baseball for nightlife and entertainment.

You cannot find a more convenient spot in the metropolitan area for parks.  The Heights is the community center for Maplewood and Richmond Heights.  The Heights houses the library, an indoor pool, exercise equipment and track.  They cooperate with Maplewood and share an outdoor pool during the summer.

Best of all you can bike or even walk to our great Forest Park.  Oak Knoll Park is also within walking distance.

Richmond Heights is close to almost everything in the St Louis Metropolitan area.  It is approximately 15 minutes to the airport and the downtown St Louis business district.  It is only about 10 minutes from the Clayton Business District.

It has a walk score of 75.  This factor along with the schools is making it very appealing to millennials.