The Muny in Forest Park in St. Louis MO

Growing up in rural Missouri in a family of 8, my parents wanted to expose us to the amenities in the city as well as the country.  So at least once a summer, we would all pack into the car and head for St. Louis to see one of The Muny productions.  My mother would choose the production based on the cast.  We always packed a “baloney spread” and came early to get our choice of the free seats.  This intro photo is the next generation going to their first show.

Several years ago (actually on New Years Day) when I was given an assignment in my photography class to explore focal length, I decided to head to Forest Park and landed at The Muny.  It gave me pause and brought back very fond memories.  It also made me think that hanging out here in the winter for some meditative contemplation wouldn’t be so bad either. 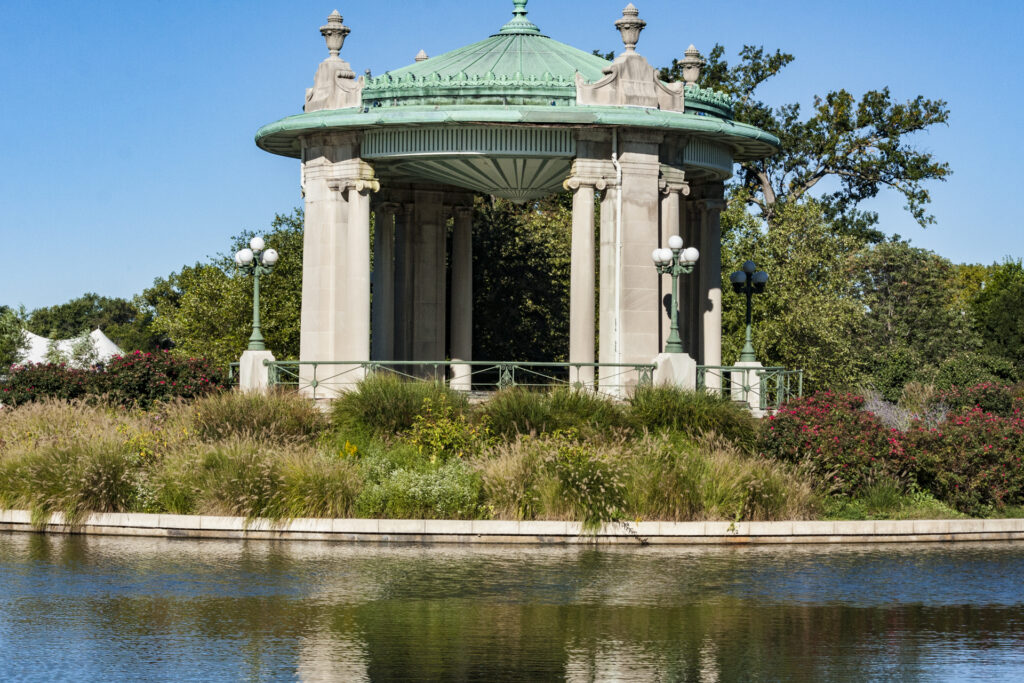 The Muny is an outdoor amphitheatre that seats 11000 people with approximately 1500 free seats.  It is the nations’s “oldest and largest outdoor musical theatre.”  The seasons run every year from mid-June to mid August.  We live in Skinker DeBaliviere and will often run over on a minutes notice to sit in the free seats. 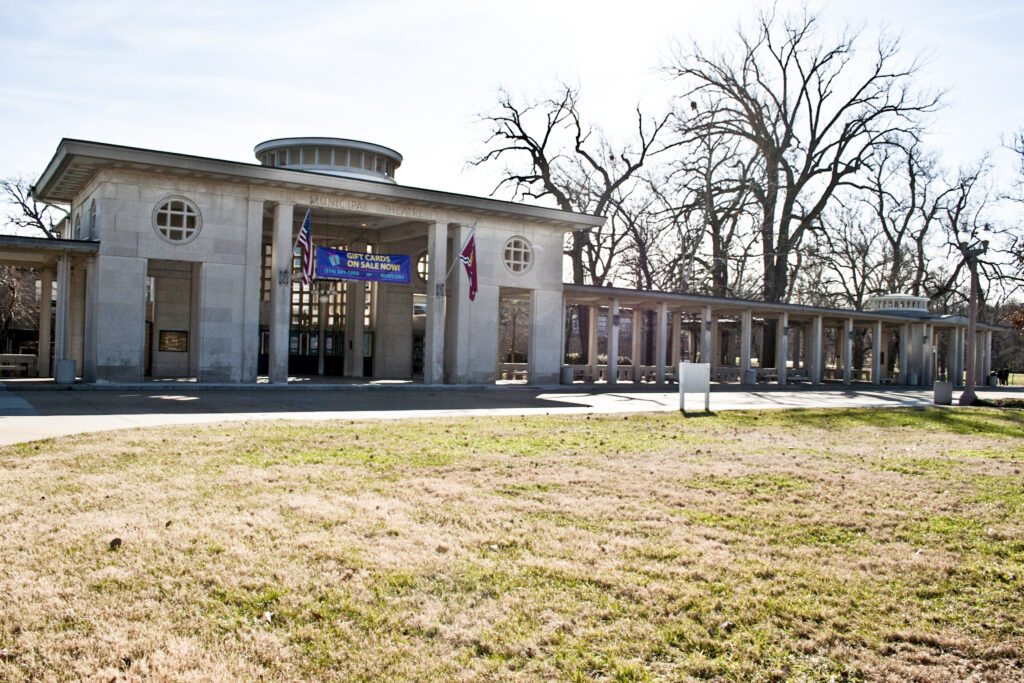 According to the history of The Muny, the vision was probably hatched in 1904 at the World’s Fair and then in 1914 when Luther Ely Smith began staging productions on Art Hill in Forest Park.  Next came Margaret Anglin in 1916 with her production of As You Like It in 1916 between 2 oak trees that is now the actual site of The Muny.  The crowds for this production averaged 8000 and moved it into the history books as the first production at The Muny.

But the vision became a reality in 1917 with the construction of the Municipal Theatre for six performances of AIDA, produced for the 13th Annual Convention of Advertising Clubs of the World.

So with a $5000 budget for the project, The Muny was built in 49 days.  The Opera Committee brought to St. Louis the opera world’s finest, Manuel Salazar from the San Carlo Opera.  And, on June 5, 1917, 12000 vistors and St. Louisans were in attendance for the inaugural performance which was shortened by rain.

In 1919 the new theatre was named The Municipal Opera Association of St. Louis, aka “The Muny”.  That year the first show featured then Mayor Henry Kiel as King Richard.

Through the years since 1914, the Muny produces seven Broadway-quality musicals, from The King and I (one year with Yul Brenner himself) to newer shows like Dreamgirls. Click here to see the current schedule.  It’s tradition! among St. Louisans.

And thanks to a $1 million donation from David B. Lichtenstein Foundation, Cafe One will opened in 2014 on the east side of the Muny where theater-goers have gathered in the past for preshow picnics and music.