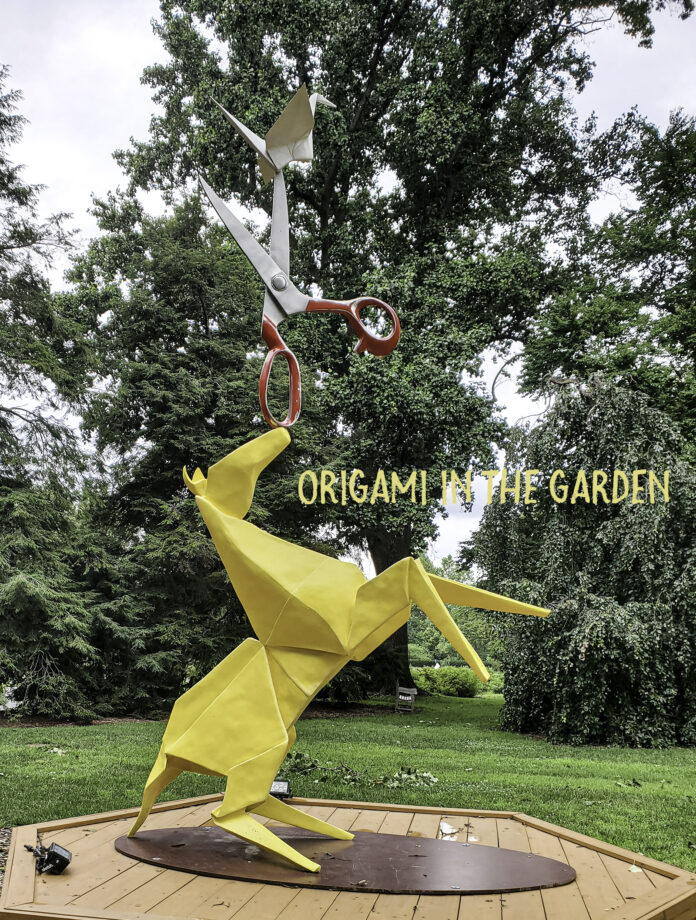 It is the custom in the Japanese culture to have a big celebration for the 88th birthday. This birthday is special because the Japanese characters for 88 resemble the characters (kanji) for rice. Thus the day is filled with joy. So when my friend’s dad turned 88 a large celebration was in order and that is when I learned about the one thousand cranes. My friend had one thousand origami cranes as part of the decor for her dad’s party. The crane in Japan is one of the mystical or holy creatures and is said to live for a thousand years: That is why 1000 cranes are made, one for each year. The sculpture below is 500 cranes with the reflection in pool making it one thousand.

This Sunday morning was a special day for some of my friends and me as we walked the paths at Missouri Botanical Garden to admire the origami sculpture exhibit. Origami is the meticulous art of paper-folding a single sheet of square paper into a figure without cutting, taping or gluing. It was introduced to Japan in the 6th century. Origami in the garden includes 18 large scale metal sculptures created through collaboration with world renowned origami artists. Below is my favorite.

The Missouri Botanical Garden is another one of St Louis’ wonderful attractions for young and seniors alike.