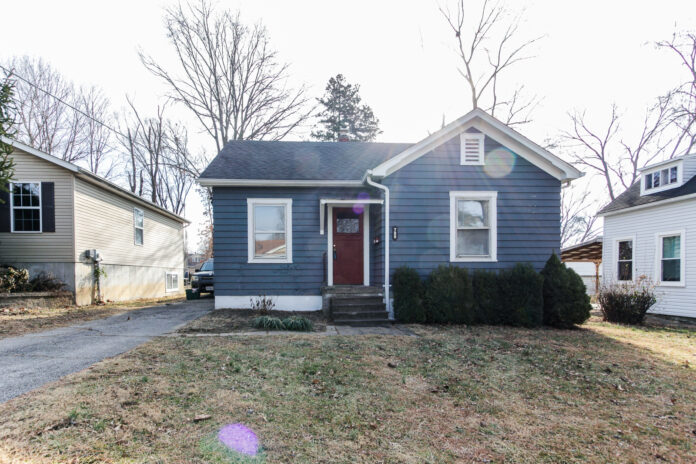 A nostalgic WashMo bungalow built in 1949. This home sits on a large level lot in the heart of Washington. 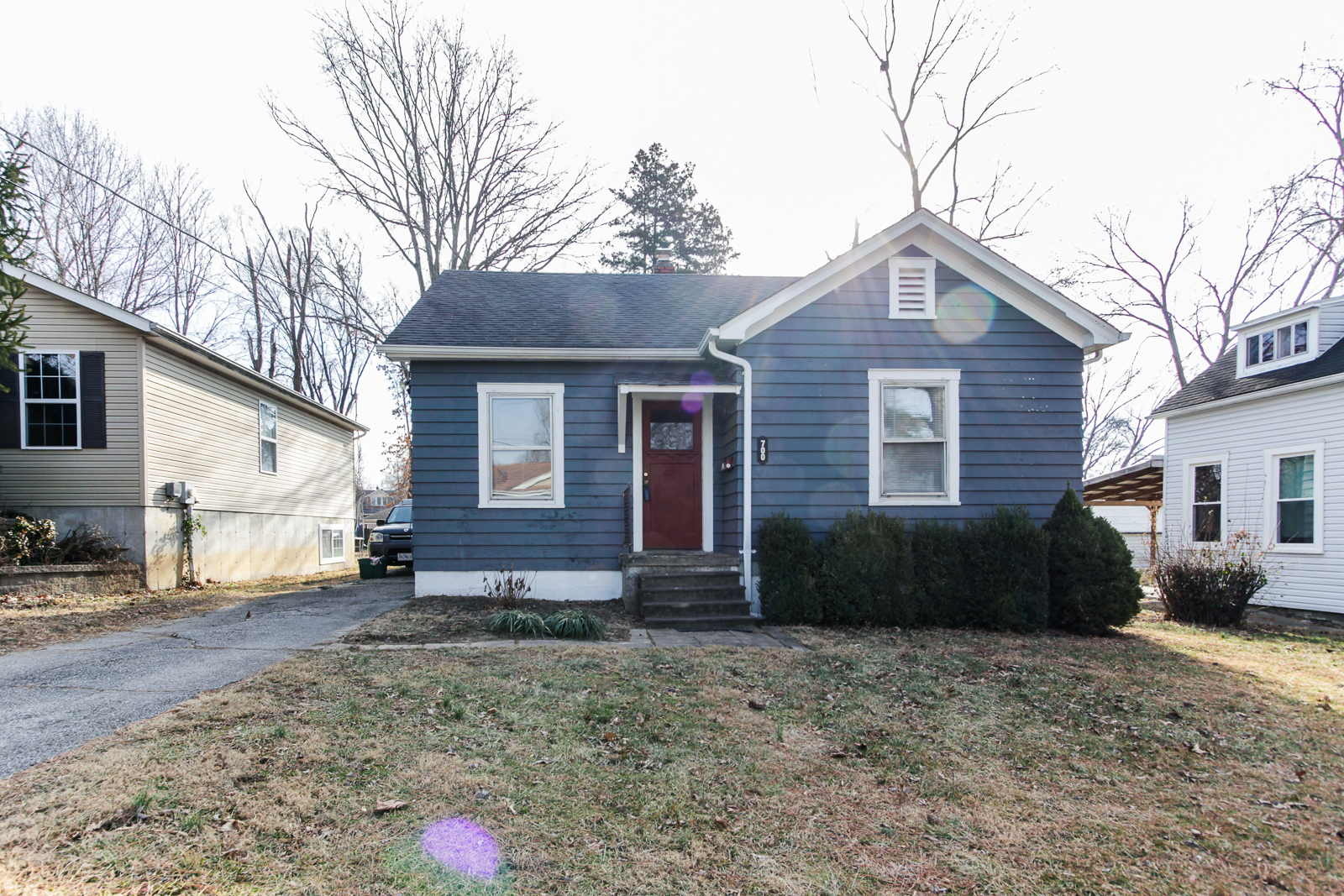 The home has 2 bedrooms, living room, kitchen and bathroom on the main level.  The kitchen walks out to a nice backyard and a small patio. 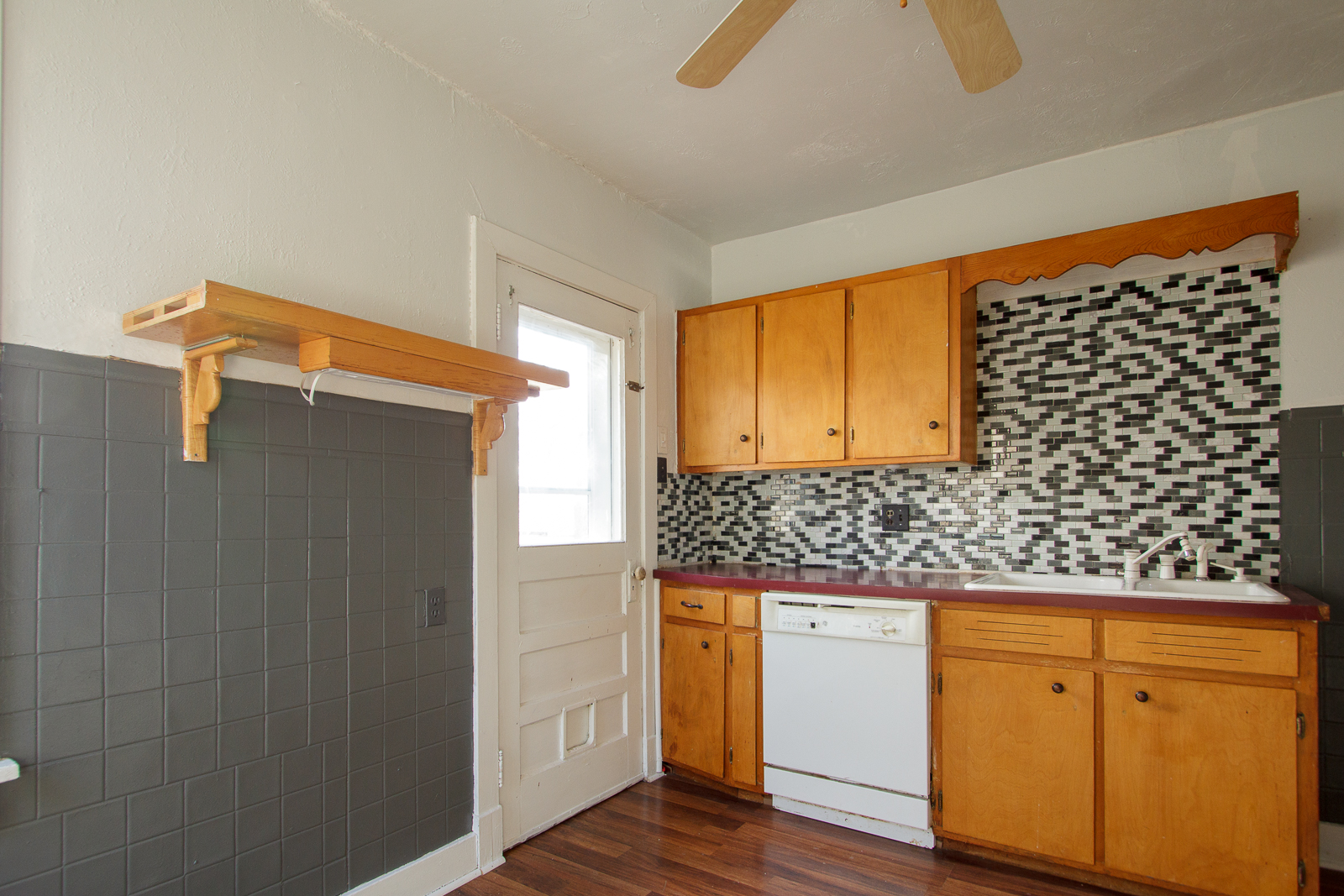 The small bedroom/dining room or whatever room has french doors that lead to a patio.  It would be great to add a deck or a patio though.  The yard is level and big enough to have a touch football game or a soccer game but you would need to dodge a few trees.

The city of Washington, Missouri, is situated on the Missouri River in Franklin County. It has a population of close to 14000 according to statistics from 2019. Washington is a town where most residents own their homes and is considered to be conservative. The schools are rated above average.

It has a nice little park, Riverfront Park, and boat docks on the riverfront. I lived in Washington when I was a teenager. Our family owned a home on Front Street that was built by slaves, had slave quarters and was rumored to be part of the underground railroad. We loved the location. We could walk to school and the main street of Washington. We loved the noise of the trains as they rumbled right by the house. The home is now offices. (By the way, it was a fluke that the Missouri River was this blue when I took this picture.)

Washington Missouri is famous for its Corn Cob Pipe Factory. The factory is still operational and now has a museum. WashMo is also well-known for its Town and Country Fair. The fair is highly anticipated by the locals and also former Washingtonians. I think the Tractor Pull is a big attraction. Also popular is the livestock competition and auction.

Washington has plenty of family things to do. This list of parks gives a bit of what they offer. When I lived there we spent many a Sunday walking around Lions Lake. WashMo has events throughout the year on its historic Main street.

The home at 700 Walnut, as we mentioned previously, is really in the heart of the town of Washington. It is only eight blocks from the riverfront. It has a walkscore of 73 which is considered quite walkable. Walkscore says that most errands can be accomplished on foot. It is about an hour by car to St Louis.

700 Walnut Street is in the Washington School District. The schools in Washington, Missouri, are rated above average by Niche. 700 Walnut is in Washington West Elementary. Niche reports that it has 632 students in grades K-6 with a student-teacher ratio of 15 to 1. According to state test scores, 51% of students are at least proficient in math and 58% in reading. There is only one middle school and one high school in the Washington School District. GreatSchools.org gives a complete list of schools and rankings in the WashMo area.