My father, one of our Unsung Heroes, fought in the Pacific Theater in Word War II 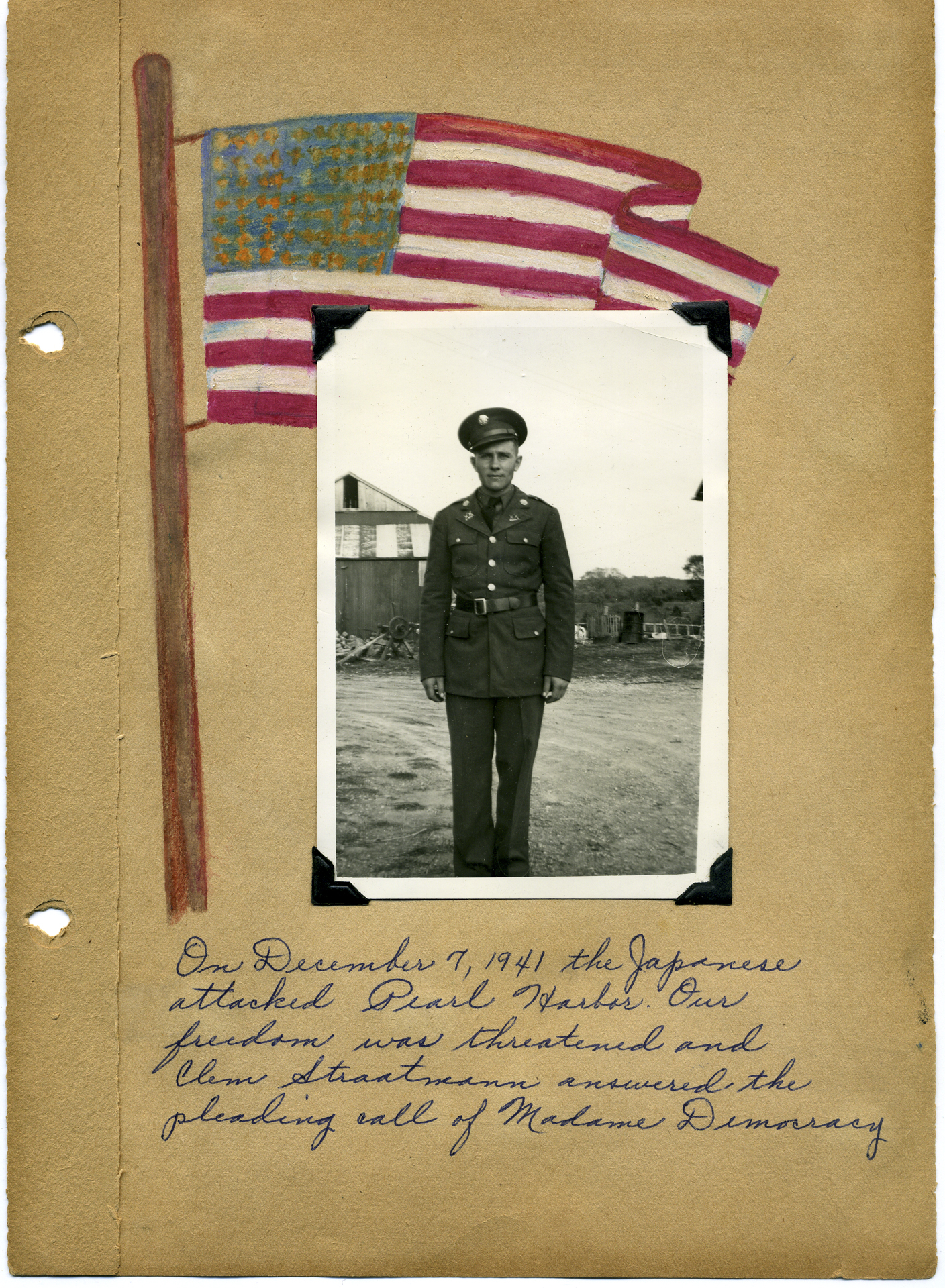 Memorial Day  is always a very special day for me and my family to remember the unsung heroes of World War II.  My father was in the 6th Infantry Division of World War II.   The 6th Infantry holds the unchallenged record for consecutive days of continuous combat in the Pacific Theater – 219 days of continuous combat.  During the War, the men of the 6th Division fought a total of 306 days of combat.  Casualties for the 6th Division totaled 1,174 dead, 3,876 wounded and 9 missing.  Japanese casualties fighting the Division totaled 23,000 dead and 1700 captured.  They are our unsung heroes.

My father was sent to the Pacific Theater – first to the rain forests of New Guinea and then to the Philippines.  Growing up I didn’t hear a lot about World War II in the Pacific Theater.  Most of the history that I read or heard was about the war in Europe and battles like the Invasion of Normandy.  At our dinner table, though, the remembrances were of the jungles of New Guinea and the orphanage and buried eggs as food delicacies.  The orphanage he talked about was in the Philippines.  He and a group of men adopted the kids at a nearby orphanage and would bring them portions of their food every day and would also help the nuns with some of the work.   Very seldom did we hear about the actual war.  We did know that he slept with a rifle at his side every night, that his best friend stepped on a land mine and was killed as they ran side by side across a field and how he spent night after night in a fox hole.  He never really told us his battles were actually hand-to-hand combat, that his lodgings were tents in a tropical rain forest.  He had malaria when he came home.  They are our unsung heroes.

Here are 2 pictures we have in a scrapbook made by one of his sisters depicting the conditions: 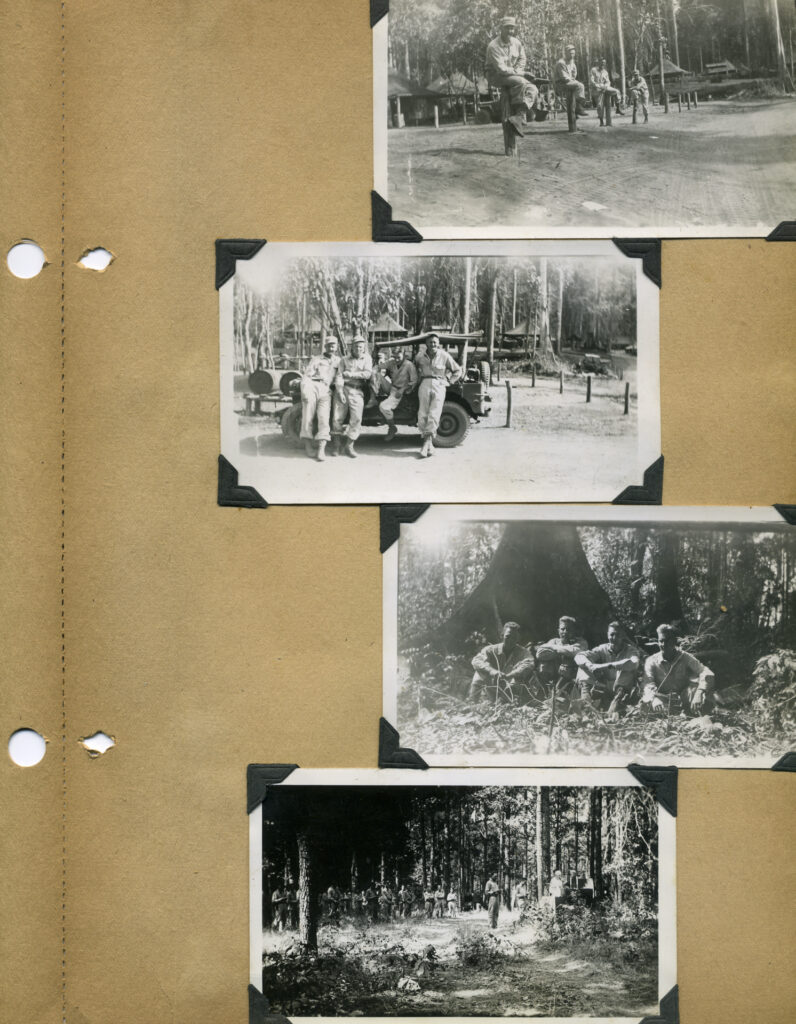 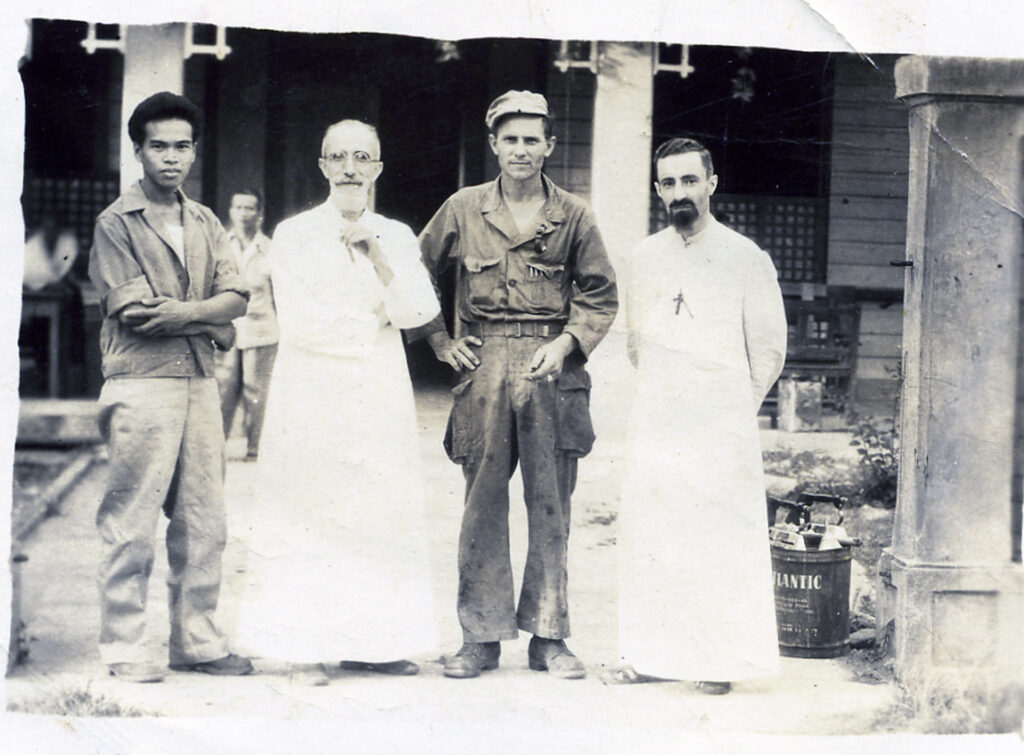 Listed here are the World War II battles of the 6th Infantry:

The 6th Infantry Division was sailing in the largest landing force to be assembled in the Pacific for its landing at Lingayan Gulf, Luzon on New Year’s Day 1945. They were facing General Yamashita and 250,000 combat-hardened troops who were well fed and well armed determined to bleed the American’s white on Luzon to prevent the invasion of Japan. While sailing through the China Sea on January 7, 1945 one of the 6th LST’s was struck by a Kamikaze. Some damage was done to the ship and men were wounded but the LST continued to hold its place in the convoy. On the night of January 7 at 2300 hours, a naval bombardment commenced in anticipation of the impending landing. On the morning of the 8th there were more attacks by aircraft and by Kamikazes mostly ineffective, except for a place that hit the quarterdeck of the USS Calloway. Several Navy personnel were killed. On the morning of January 9, 1945 the greatest amphibious landing in the Pacific commenced with the 6th, 43rd and 37th Infantry Divisions landing unopposed. Japanese bombardment soon commenced, however, and the 6th Division’s battle for Luzon would continue unabated for the next 219 days. They are our unsung heroes.  Source

My dad complained continuously that he was not shipped home immediately after the war ended but the men of the 6th division needed to be nursed back to health and be deprogrammed.  Many of them would not have made the trip home alive.  For most of the men of the 6th Division returning home, it would still be months before they did return. During this time, most, near exhaustion, were fed and nursed back to health while being briefed and essentially deprogrammed.  They had to get used to the idea of no longer living with a rifle as a constant companion.

My dad left for war on September 24, 1943.  He came back from war on November 8, 1945.  He left a gentle man by all accounts of his friends and family.  He was never really the same they all said.  And, yet, through all of this, he was a kind, intelligent and generous man.  He spread cheer and stood up for his principles.  He loved music and loved to sing.  He was a great story teller.   He touched a lot of people and would NEVER even think of not helping his fellow man.  He suffered from bouts of malaria and flashbacks his whole life.

These men are our unsung heroes and Memorial Day 2013 is our time to remember them all and what they sacrificed for us.

We usually go to Jefferson Barracks National Cemetery to remind ourselves of the great sacrifice of my dad but this year we are doing shelter-in-place to honor the victims of COVID-19.

Unsung Heroes Are The Strength of the STL Community