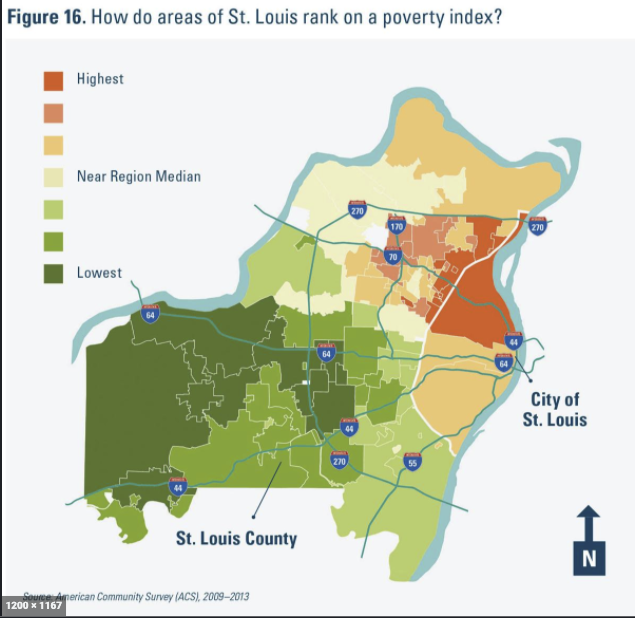 President Lyndon B Johnson was known for his vision of a Great Society to end poverty, reduce crime, improve the environment, and advance civil rights. Martin Luther King Jr. was an activist who became the most visible spokesperson and leader in the civil rights movement from 1955 until his assassination in 1968. Johnson and King had a personal relationship and shared a vision that was instrumental in the signing of the 1964 Civil Rights Act. Lyndon B Johnson signed the Civil Rights Act of 1968 after King’s assassination. The Act expanded the 1964 Civil Rights Act prohibiting discrimination concerning the sale, rental, and financing of housing based on race, religion, national origin. Source

Title VIII of the “Civil Rights Act of 1968” (the “Fair Housing Act”) requires jurisdictions receiving federal funds for housing and urban development activities to affirmatively further fair housing . The “Fair Housing Act” not only makes it unlawful for jurisdictions to discriminate; the law also requires jurisdictions to take actions that can undo historic patterns of segregation and other types of discrimination as well as to take actions to promote fair housing choice and to foster inclusive communities.

The Fair Housing Act of 1968 mandated a federal commitment towards housing desegregation, and required HUD to orient its programs in this direction. President Nixon appointed George Romney as HUD Secretary after the Fair Housing Act was passed.

Romney, filled with moral passion, wanted to address the widening economic and geographic gulf between whites and blacks by moving blacks out of inner-city ghettos into suburbs. Romney proposed an open housing scheme to facilitate desegregation, dubbed “Open Communities“.

▪ For his bold effort Secretary Romney found himself consigned to the margins of power by President Nixon and his staff. His initiative had threatened to upend the president’s political calculus to secure Republican electoral dominance in the nation’s predominantly white suburbs

Myron Orfield, a professor at the University of Minnesota Law School and one of the nation’s leading experts on segregation, said when the federal government abandoned Romney’s efforts it turned away from a critical opportunity to reshape American life.

“Segregation would have been cut by half and possibly eliminated.  The country would have been very different.  While affordable housing is a very important policy goal, it is not the same thing as fair housing or affirmatively furthering fair housing,” said Orfield.

The term “fair housing” arose as part of the open housing movement in the middle decades of the twentieth century. This movement sought to open exclusionary white communities to non-white residents.” Stephen Menendian, assistant director, Othering. In 1974, after Romney left HUD, the federal administration of the Fair Housing Act shifted toward individual discrimination and low income housing, thus losing sight of the original purpose of the Fair Housing Act.

HUD’s largest program of grants to states, cities and towns has delivered $137 billion to more than 1,200 communities since 1974. To receive the money, localities are supposed to identify obstacles to fair housing, keep records of their efforts to overcome them, and certify that they do not discriminate. In reality, HUD never enforced this requirement.

Routinely, in discussions regarding “fair housing”, low-income housing becomes the focus. Affirmatively Furthering Fair Housing (AFFH) was not designed to focus on low income housing. As the result of bank redlining and other exclusionary policies, black residents were restricted to pre-defined neighborhoods. The AFFH provision was included in the Fair Housing Act to provide black residents with an opportunity to chose their neighborhoods. This choice was intended for all income levels of the black community.

As black families that have the means to move to white neighborhoods have experienced white flight once the black population in the neighborhood reaches a certain tipping point. In the suburbs the tipping point is lower. Regional planning and implementation strategies to create and expand neighborhoods of opportunity must explicitly confront and overcome racism and its pervasive influences.

A comprehensive strategy to transform the geography of opportunity

Revitalization – An effort to stimulate housing demand and investment in a middle market that may be vulnerable to decline or in a strategically-located weak market. Revitalization tools and strategies include investments in infrastructure, support for homeownership and home improvements, and cultivation of resident leadership capacity.

Stabilization – Outcome sought in a weak market where further decline needsto be stopped for revitalization to become feasible. Stabilization tools and strategies seek to improve quality of life while moving an oversupply of ill-maintained housing into closer balance with existing demand.

Inclusive/inclusionary – Policies or strategies that are designed to introduce income diversity in markets.

Ensure Zip Code Is Not Destiny

“Every child and adult should have the chance to thrive in a place of opportunity and safety within a caring community. Informed by the voices and perspectives of residents, we must transform communities and the institutions that serve them, remove the barriers that limit where people can live and learn, and encourage more economically diverse neighborhoods.”

Source: US Partnership on Mobility from Poverty

More than 20 years of research has implicated residential segregation in virtually every aspect of racial inequality, from higher unemployment rates for African Americans, to poorer health care, to elevated infant mortality rates and, most of all, to inferior schools.

In 1932, the Federal Home Loan Bank Board (FHLBB) was created to charter and oversee federal savings and loan associations. The FHLBB essentially policed the operations of the newly created federal consumer banking system. One important new agency, operating at the direction of the FHLBB, was the Home Owners’ Loan Corporation (HOLC).

In the late 1930s, the HOLC “graded” neighborhoods into four categories, based in large part on their racial makeup. Neighborhoods with minority occupants were marked in red — hence “redlining — and considered high-risk for mortgage lenders. The appraisal manuals were candid in how they differentiated grades. Listed here are quotes from the 1937 FHLBB Appraisal Manual:

• Grade A = “homogeneous,” in demand during “good times or bad.”

• Grade B = “like a 1935 automobile-still good, but not what the people are buying today who can afford a new one”

• Grade C = becoming obsolete, “expiring restrictions or lack of them” and “infiltration of a lower grade population.”

• Grade D = “those neighborhoods in which the things that are now taking place in the C neighborhoods, have already happened.” (designated on maps in red, thus “redlining”)

The practice of redlining contributed to the Black-White wealth gap. Wealth is not evenly distributed in the US on a basis of race which can be traced back to slavery. Through extensive research, Richard Rothstein makes it clear in his book The Color Of Law that the laws and policy decisions passed by local, state and federal governments promoted discriminatory housing practices that continue to this day. Richard Rothstein’s book traces this process back to the 1920’s. Additional Information: Federal Reserve Bank, Interactive Maps

This article was also posted in www.withaction.org and authored by Barb Heise and Rosalind Williams

How to buy in Inclusionary Neighborhoods

School Rankings Play a Role in Your Property Value