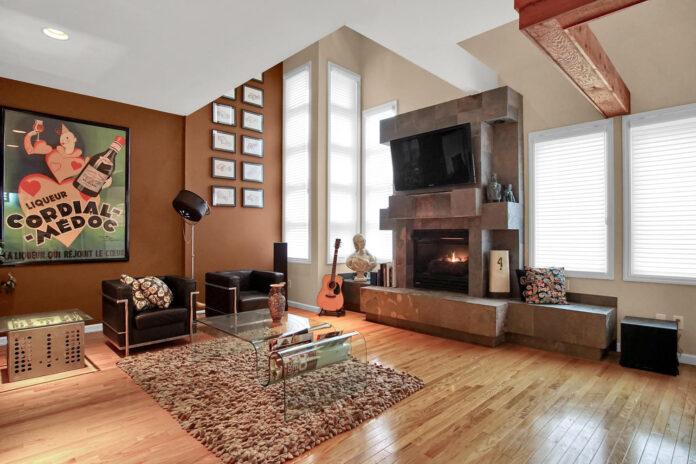 6848 Glades is “…delightful, it’s delicious, it’s delectable, it’s delirious…” and it’s in Dogtown.  Dogtown is in the western part of St Louis City limits bounded on the east and west by Hampton Avenue and McCausland Avenue and on the north and south by Oakland and Manchester.

This home is a potential short sale and is a great bargain.  Please call me to take a look.
6848 Glades is a 12 year old home designed by St Louis architect Howard Glickman.  It is contemporary design.  The exterior is Hardie board siding with brick accents. The windows are wood/metal clad Marvin windows.

The home has a 2 story living room and two of the upstairs bedrooms have glass walls overlooking the natural clad fireplace on the north wall of the living room.  This attractive fireplace is flanked by windows letting in lots of that soft northern light. 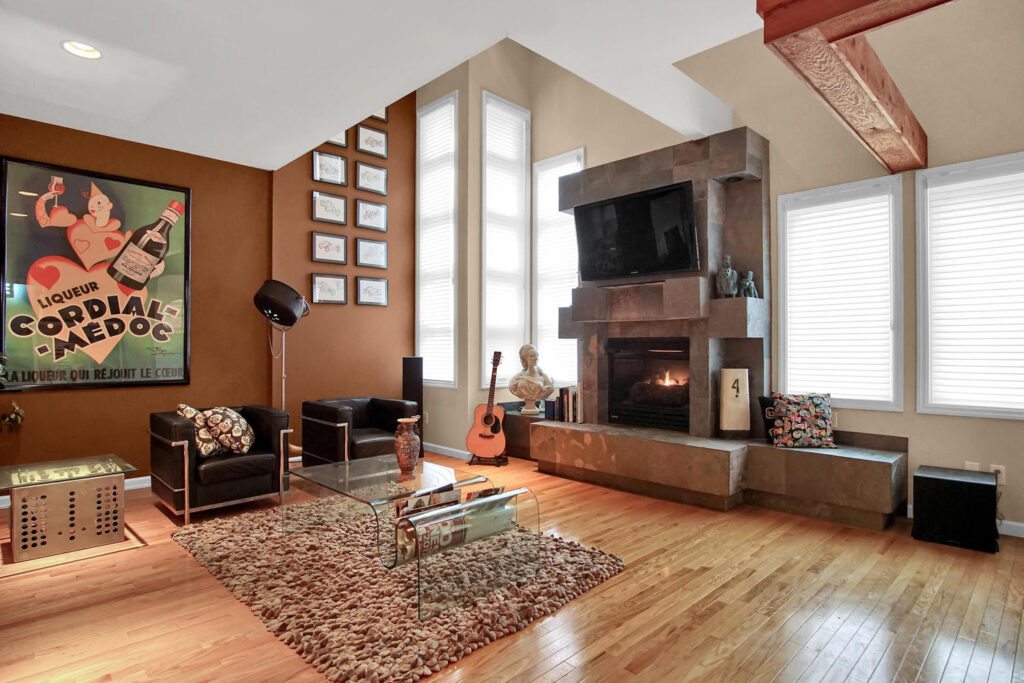 6848 Glades Avenue has hardwood floors throughout the first floor.  It is a different kind of open.  The accent wall that separates the living room from the dining room has a cutout and is decorated with hand painted wallpaper.  Quite stunning.

The current owner has done quite a few updates throughout the home.  The kitchen is eat-in with an island.  The counter tops are newer leather finish granite.  There is a newer farm sink and new faucet.  The appliances are newer.  The current owner added cabinets and a wine refrigerator also. 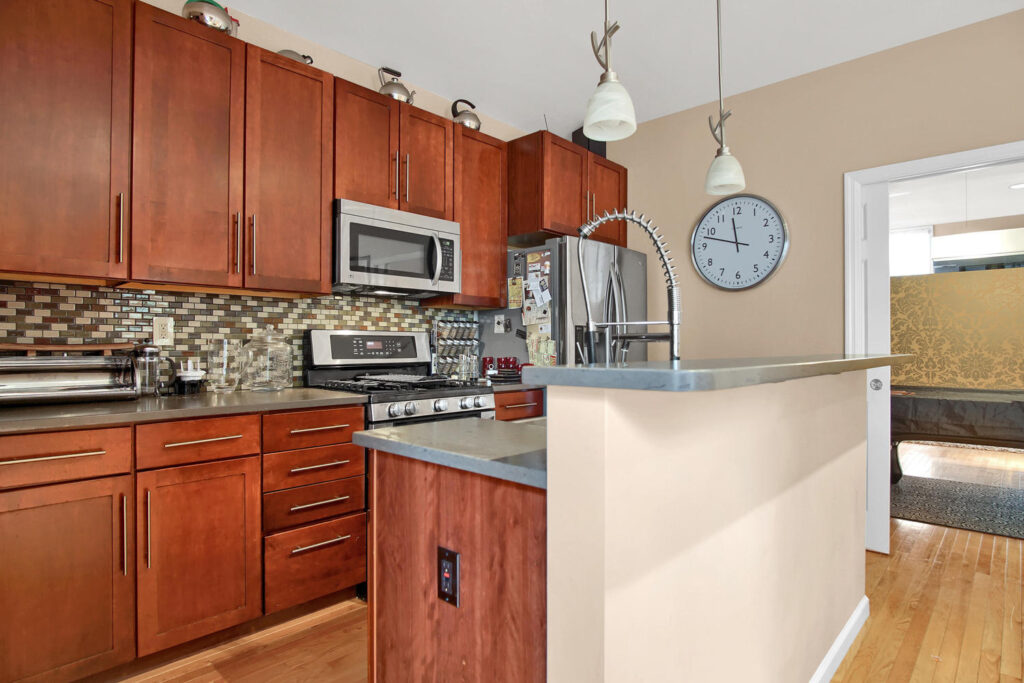 The second floor has 3 bedrooms, a laundry room and two full bathrooms.  The master bedroom has a large walk-in closet.  The bathroom has a separate tub and shower.  Both baths have tiled floors.  The rest of the upstairs is carpeted.  The stairwell has a skylight.  The bedroom pictured here has a glass wall overlooking the living room. 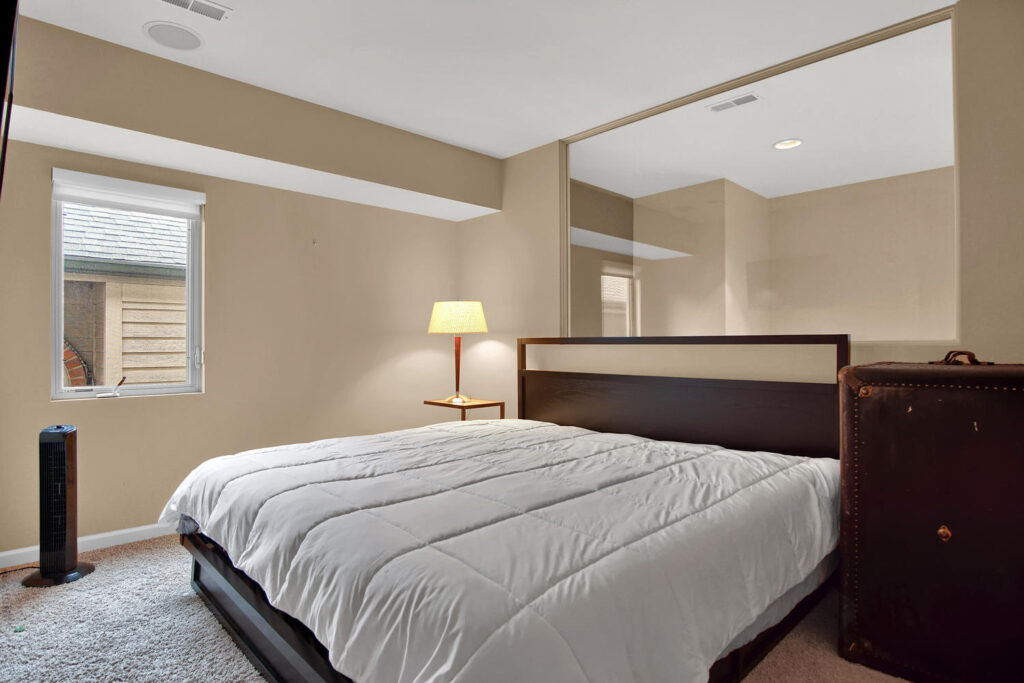 No pictures but the current owner added a “entertainment/media room” in the downstairs level. The whole house is wired for an RF (radio frequency) controlled entertainment system that controls every room in the house. In addition the media room is equipped with a screen and a projector for movie nights.  There is a built-in entertainment system, complete with flat screen TVs, digital projector/screen, ceiling flush mount speakers throughout and whole house HDMI & CAT5 cabling.

History and Amenities of Dogtown

There are several stories about how this community came about it’s name but the current thought is that it was named in the mid 1800’s because of the small-time mining that was taking place in Dogtown and in Forest Park.  “Dog Town” was so called by squatters who built shacks in the neighborhood of Graham and West Park in 1876.  “Dog Town was mining jargon for a group of ad-hoc huts or other shelters typically near a mineral deposit.  There are other stories that have circulated about the name of Dog Town over the years but this explanation seems to be accepted by historians of the area.  Just for the record the neighborhood was originally known as Cheltenham.  Another name for the area is Franz Park.

Dogtown is becoming more and more popular among the group of people whose priorities in a home are functionality and lifestyle over size (Gen Y and baby boomers).  There are no McMansions here.  The housing consists of many brick and frame bungalows with some 2 story homes scattered throughout.  The newer “infill” homes are mostly affordable 2 story homes.
The Dogtown community is known for it’s St Patrick’s Day Parade.  A lot of the residents actually take March the 17th off every year.  The history of the parade happening in Dogtown is that the Ancient Order of Hibernians formed their own parade (dropping out of the downtown parade) in 1984 because they wanted the parade to: always be on March 17 and emphasize Irish patriotism, Irish Catholicism and Irish clans and families.

Dogtown is already sought after for it’s proximity to Forest Park.  Runners and bicyclists are particularly interested in living here.  Also popular are a couple of restaurants in the neighborhood. Dogtown is close to public transportation, Washington University, Fontbonne University, Concordia Seminary and the Barnes Medical Complex.

Schools in the area

St James the Greater Catholic Church goes back to 1860 and still plays a big role in the community of Dogtown.  Today the parish is still an active part of the community.  They have an elementary school and Carlson’s Kids which is a Pre Kindergarden and after school program for the neighborhood.

The St Louis Public Schools for the area are:  Mason Elementary grades PS-6;  Long Middle School grades 6,7,8;  Roosevelt High School grades 9,10,11 & 12.
Gateway Science Academy with 340 students in grades K through 8 is a St Louis Charter School that is nearby.  Follow this to the St Louis Charter and Magnet Schools.  For additional information on schools in the neighborhood to to greatschools.com

Shown below are the walkscore ratings for walkablility.  It is ranked at 45th in the metro area.  I kind of disagree.  Walking to parks, food and entertainment is certainly very easy.  I guess the grocery store is what is missing in the equation for walkability but with uber – I’m just saying Schnuck’s and Dierbergs are not far.
As for biking, you couldn’t be in a much better location.  Click here to see the 8 best bike trails in St Louis.  This location is certainly close to most of them. 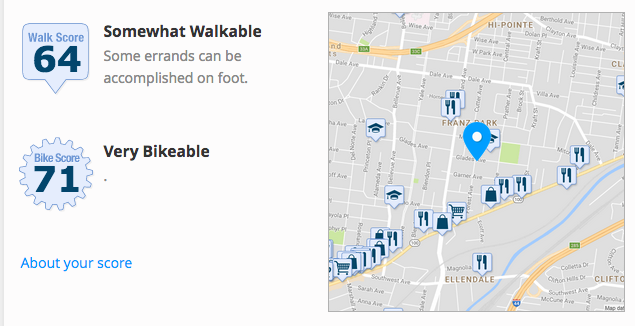 A new micro brewery in the neighborhood:  Heavy Riff 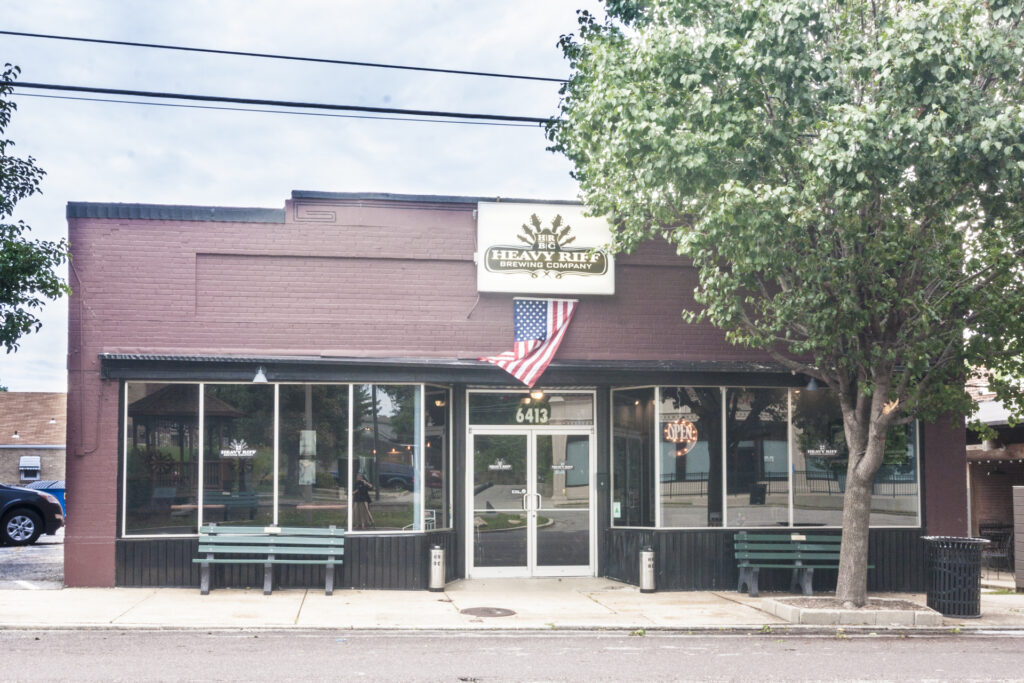 A couple of restaurants at the corner of Clayton & Tamm – one of which is the ever popular Seamus McDaniel”s  – a wee bit o’The Irish.

The Turtle Park is a great place for the kids. 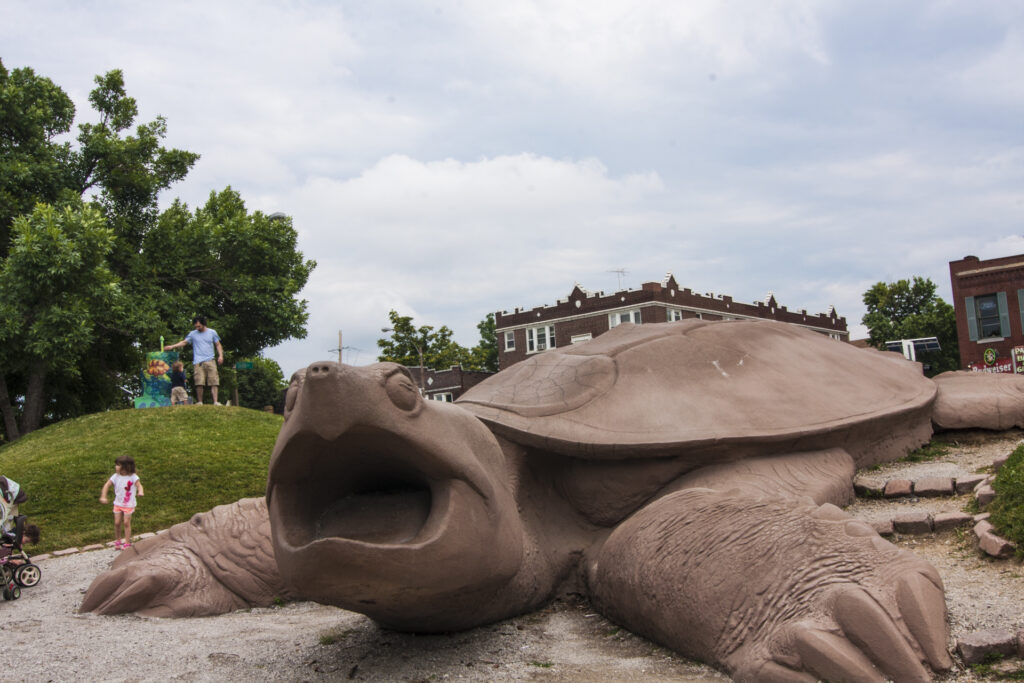